Lottery games have a loyal fan base. If you’ve ever waited in line behind a lottery enthusiast, you know the struggle.

There are tons of lottery games available in most areas, and the lottery gambler must try them all. The allure of instantly becoming a millionaire is significant.

Some players use the lottery as a way to escape their daily lives. These players daydream of different ways to spend their imaginary wealth. Unfortunately, that money never comes.

I can’t stop you from playing the lottery. Regardless of the facts about the odds and payouts, people will continue to buy tickets. If you’re going to play, please avoid these 10 lottery games you should never play. 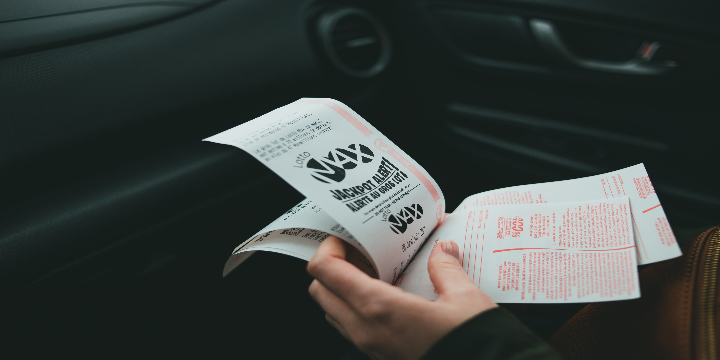 Keno is mainly considered a casino game. It’s at the top of most lists for worst casino games.

That hasn’t stopped several states from launching their own keno games. In casinos, the house edge on keno runs between 20-40%.

That number can grow even higher for state lotteries. That’s because of the increased overhead. Casinos don’t need to promote keno.

There are other games that draw players in and make the casino money. A lottery will need to make the public aware of the game and drive interest.

That costs money to achieve. The money takes away from the payout to leave the state with money for the general fund.

Keno is a bad bet in the casino, and it’s worse as a lottery game.

South Dakota has one of the worst-paying lotteries in the United States. For each dollar the lottery brings in from ticket sales, it pays out less than $0.25.

If you convert that into casino terms, the South Dakota Lottery has a house edge of 75%. The gaming commission would shut down a casino for numbers like that.

Holiday Fun is among the worst games in the state. For a $3 investment, your top prize is only $100. You’ll have better odds of breaking even playing Powerball.

Skip Holiday Fun if you’re ever in South Dakota.

Megabucks has several iterations across the country. In Las Vegas, where there is no lottery, Megabucks is one of the largest progressive slots on the planet.

We’re focused on lotteries here, so I want to focus on the poor returns you’ll see. The truth is that some of the states with Megabucks have a good payout percentage.

Unfortunately, the game itself has terrible odds and marginal payback. The average Megabucks payout percentage is around 53%.

So, little more than half of the money paid into the games is returned to players. I’d never gamble on anything with a house advantage over 4%. Megabucks averages close to 47%.

The West Virginia Lottery has a ton of issues.

For starters, the entire program pays out less than 15% of the money it takes in from sales. That makes it the worst state lottery in the U.S.

Imagine a casino game with an edge of 85%. There would be a vast exodus from the casino.

Among all of the horrible games offered in West Virginia, one takes the cake.

Level Up-Block Bingo is a $3 ticket that has a top prize of $25k. That probably sounds alright to many players.

Powerball is the juggernaut of the lottery world. The game can draw in millions of first-time players for a single drawing.

What has so many people climbing over one another to get a ticket?

Powerball jackpots regularly climb to over $100M. That’s “M,” as in a million.

The highest top prize in Powerball history was $1.586 BILLION. That was enough money to get me to shell out a few bucks on tickets.

I’m glad I don’t have the problem of keeping track of all that money. I’m sure my family would disagree.

The money isn’t what makes Powerball such a bad bet. It’s the insane odds.

Some people will tell you, “Someone’s got to win.” But in Powerball, there are so few winners that it may as well be none.

The odds of a Powerball jackpot are 1 in 292.2 million. No, buying two tickets does not cut that in half.

You merely have two tickets with terrible odds. Powerball is fun to dream about but save your money for something worthwhile.

6 – Any of the Georgia Lottery Games

The citizens of Georgia take a tremendous hit from the lottery.

The lottery pays back a substantial percentage of the money paid into the games. Over $0.60 of every dollar is returned to players.

Still, so many players are chasing the money that it becomes moot.

If you’re getting back 60% of your investment, that’s an edge of 40%. When you account for the rare winners, that number plummets.

But Georgia spreads the funds around so much that the impact is reduced.

Many Georgians playing the lottery are doing so despite their poor financial situation. They’re looking for a way out of poverty. The lottery is among the worst strategies to turn around your financial strife.

Mega Millions is played in 45 states. The game is also available in Washington D.C. and the U.S. Virgin Islands. That makes it one of the largest lotteries on the planet.

The prizes in Mega Millions grow to the same ridiculous numbers as Powerball. That helps fuel the excitement around the games.

The top Mega Millions prize ever was $1.537 billion. That means it’s the second-largest lottery jackpot in U.S. history.

2 of the top 3 lottery prizes ever came from Mega Millions. Both of these were over $1B. That’s an insane amount of money, but the money we’ll never see.

The odds of winning a Mega Millions jackpot is 1 in 302,575,350. You’ve got a much better shot at winning Powerball, which also isn’t happening.

The Delaware State Lottery ranks low. The state pays back only 22% of the money paid into games.

The penny slots in Las Vegas will give players back close to 88%. So, you’re better off trying to become a millionaire there.

You’ll have a 4x better shot, to be more precise. The Delaware State Lottery has a wide variety of poor games.

Lotto America with All-Star Bonus Multiplier may be the worst. This game is a classic drawing-style lotto game for $2 per ticket.

So, it costs the same as Powerball. But the prizes pale in comparison. The average cash jackpot stays under $5M. I’m not discrediting $5M, but I’d rather take my shot at $100M.

That’s especially true when the house is holding over 77% of the money.

The State of Rhode Island fails in the lottery department.

The national average for payouts on a lottery is $0.62 per dollar played. Rhode Island only manages to put $0.28 back into players’ pockets.

Having keno, bingo, Mega Millions, and Powerball on the roster doesn’t help.

Those don’t sound like an ideal path to financial freedom. And don’t forget that you could spend $100 and not win a dime.

Oregon spends a lot of money on marketing. Merely visiting their website will make that clear.

Platinum Doubler is a game you should avoid. This game is a $2 ticket with a maximum win of $10k.

And as you may have guessed, the game has poor odds, with only a 25% shot at breaking even. The majority of the prizes are $2.

Oregon ranks near the bottom of state lotteries. Only $0.24 from every dollar is paid back to players.

It’s probably best not to play the Oregon lottery. If you do, don’t waste your $2 on Platinum Doubler.

The lottery is a losing proposition. These 10 lottery games that you should never play will siphon your money faster than most.

Instead of playing the lottery, save that money and take a nice casino vacation. You’ll be surprised how quickly $5 here and there will add up.