Video poker tournaments are a good way to add value to your video poker play. The trick is to know how to pick a high-value tournament, analyze the rules and games and such, and match your tournament plays to your overall playing goals and budget.

This post outlines the basics of video poker tournament play, offering some advice on how to play to give yourself the best chance to win. 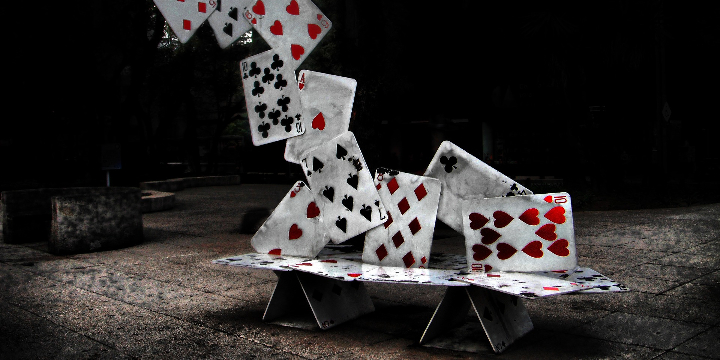 The basic premise of a video poker tournament is simple – you start with a set amount of money, and sometimes a set amount of time, and attempt to win as many credits as you can. The ultimate goal is to win more than anybody else who signed up and take home the top prize.

Typically, these are pool-based tournaments, where players win different amounts of the overall pool of entry fees based on their performance.

Who Should Play Video Poker Tournaments?

I’m a big fan of these events, so I can probably think of a good reason for just about anyone to enter.

If you have a limited bankroll and you want to avoid risk, but you still want to do some casino gambling, a small video poker tournament is perfect. The modest entry fees and relatively low prizes make this event ideal for people who don’t want to spend a lot at the casino.

Large-scale video poker tournaments take place across multiple days and usually involve multiple rounds of play. They have larger entry fees, larger prize pools, and larger numbers of entrants. That all adds up to mean you have lower odds of winning these larger-scale events.

Entry fees to the larger video poker tournaments can run from several hundred dollars up to fees in the thousands, but they usually come with some freebies. The only large-scale video poker tournament I ever entered came with a free room and a couple of comp’d meals. I paid $500 for a shot at $25,000, but I didn’t make it past the second round. I still say it was worth it, for the relatively cheap Vegas vacation alone.

I recommend those larger tourneys for people with deeper pockets – not only is the entrance fee higher, so is the variance. You’re less likely to finish in the money, which is ironic considering how much money you have to pay to enter.

The only types of gamblers who may not enjoy tournament play are people who like to take their time at the video poker machine. Most tourneys involve some element of timed play. If you like to make each play perfectly, according to optimal game strategy, you’re not going to enjoy tournament play. Often when playing in a tournament, you’ll have to sacrifice strategy for speed.

How to Pick a Video Poker Tournament

I like to think of each potential tourney I enter in terms of its value for me.

You can think of this as the tournament’s equity.

First, I work out how much money is available in the tournament’s prize pool. Then I take note of how many people are participating. That’s all I do.

I can now work out my theoretical expected losses in this tournament relative to my value. I have to subtract the actual cost of playing the game from that $100 valuation.

Since my basic equity is $100, against losses of $250, I’m in the red. I wouldn’t play this tournament since it doesn’t hold value for me.

How to Win at a Video Poker Tournament

The proper strategy to use in a tournament depends on the kind of tournament you’re playing in.

Your best bet when starting is to follow your standard strategy, provided you know the game and have spent some time practicing optimal play.

In some settings, speed is the key to success. If your tournament sets a specific time limit and doesn’t cap the number of hands or credits you can play your goal should be to play as fast as possible, getting in as many hands in the allotted limits.

In other tournaments, players are each given the same starting number of credits and a time limit. In this case, rushing won’t necessarily give you an advantage. The strategy here is to check your play halfway through the time limit, adjusting your speed or strategy based on what you have left.

Video poker tournament play has too many variables for anyone to identify a single winning strategy. Different tournaments use different variants, different paytables, slightly tweaked formats, numbers of players, etc.

In speed-based tournaments, which make up most modern video poker tourneys, you don’t have time or impulse to worry about nitty-gritty details like penalty card plays and such. In tourneys where speed is a big deal, your best bet is to take your best guess at the proper hold, based on your play experience. Yes, you’re trying to hit big payoffs, but you’re also trying to move as quickly as possible.

Luck plays a big part – if you get lucky early, you can play a little less aggressively and at a slightly lower rate of speed. This is when I usually reset to slower optimal strategy style play, attempting to protect a decent score. In most cases, when I don’t hit a decent payout early, I switch instead to a more aggressive style, taking crazier chances as time and my credit stack tick away.

Late in tournaments, regardless of limits or other details, you’re looking for the highest-valued hands, the quads, Aces, and Royals. The less time you have to play, the less strategy you’ll find yourself playing with, switching instead to relying on pure luck.

Adapting video poker strategy to tournament play is all about helping yourself make faster decisions that are relatively strategic, with a greater emphasis on ease and speed.

A common variant used in tournaments is Double Double Bonus, particularly the 9/6 version that returns 98.98%. This is known as one of the most volatile video poker games, which is probably why it’s a common tourney choice.

Looking at the paytable, I can see that 4-of-a-Kind is the name of the game. With that in mind, I might do the following things while playing, attempting to balance speed with my best value plays:

Only hold one high card if all are unsuited. You’re looking for 4-of-a-Kind, not 3.

Hold Aces without high cards. It won’t help you much to win on a high pair – in fact, at the tournament level, a Full House isn’t exciting enough to play for.

If you have combos of suited cards, lean toward the one that includes an Ace. Remember, you’re playing for quad Aces or a Royal Flush, that’s the only hit that’s going to put you in the money. Tourneys are about long shots in a way that standard video poker play just isn’t.

Never hold two pair. You should be willing to toss two pair or a Full House to draw toward quad Aces or low cards.

If you have nothing at all, hold low cards for a long-shot special quad payout.

Tournament video poker play is likely different from your usual strategy and pace. By combining a few key strategy tools with faster-than-usual play, you put yourself in the best position to take advantage of luck when it comes calling.