I write about sports betting for a living. I love thinking about it, I love placing bets, and I love talking to other people about the world of sportsbooks and handicappers.

But not all my bets are formal. And in most NFL seasons, most of my bets are friendly wagers between me and my football buddies.

This post is explains the ins and outs of friendly fun football bets with friends. It covers what they are, how to set them up, and some serious pitfalls to consider before you make them.

What’s at Stake? Cash or Pride?

Bets without stakes are just words. A bet with something on the line is way more interesting. Don’t believe me? Go play a free blackjack game online. Then get back with me about how long it took to get bored and wander away. If you make it to five minutes, I’m impressed.

Friendly bets shouldn’t involve huge sums of money unless you and your friends are just wealthy or foolhardy. Among my buddies, a $100 bet is the limit of what’s considered a friendly wager.

Take money out of the equation, and things get even more interesting. We’ve probably all had a friend who had to wear the jersey of a hated rival after losing a bet. A colleague of mine, a dyed-in-the-wool Houston Texans sports fan, lost a bet at work and had to wear a Cowboys jersey all day. You can imagine the stakes going into that bet and the shame on my buddy’s face as he wore Tony Romo’s name on his back all day. 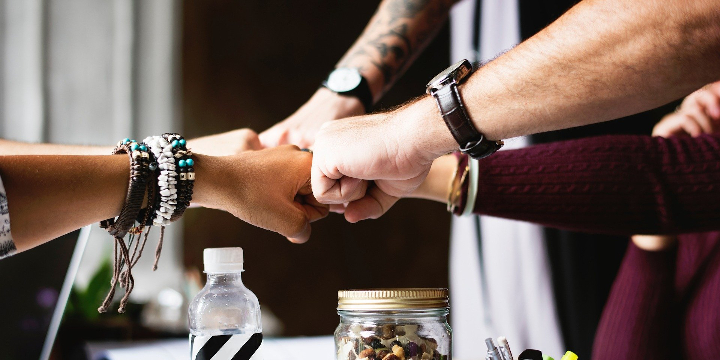 Maybe you cajole your buddy into betting a winter’s worth of snow shoveling, lawn maintenance, or some other menial task. Think about it this way. If you win the bet, not only is your team on top, but now you can skip a chore for a few months. Let’s not even think about the alternative. You might have to think about your favorite team’s loss all season as you rake and mow and shovel your way across your neighbor’s lawn.

I hate even having to include this section. but I understand that it needs to be addressed. I’m not a lawyer. And you shouldn’t take what I say as actual legal advice.

Here’s my opinion, though:

Without a contract of some form, your friend is going to have a hard time taking legal action against you if you don’t pay up on a football bet.

I can’t find any state in the US where a verbal agreement counts as a legally-binding enforceable contract. It’s that word “enforceable” that counts here. If something can’t be enforced, does it exist?

If you and your friend want legal protection for your football bet, it’s safe to say that it’s no longer a “fun football bet” between friends. That said, get it in writing. Contact a lawyer in your state and find out what you’d need to do to make this “friendly” bet something that has the power of the law behind it.

Making a friendly football bet is about honor. Keep the stakes manageable and people will be less likely to waffle when it’s time to pay up.

How Long is Your Bet? One Play, One Game, One Season?

When making a friendly football bet, consider how long the bet is and what impact that may have on the stakes you create.

Football exists in many layers. At the atomic level, you’ve got a single play, one down out of hundreds in a single game. Zoom out, and you can bet on the first or second half of a game. You can also bet at the level of an individual game, a series of games, or a season or postseason. I’ve known of ongoing friendly bets between friends (and rival fans) that have made it through multiple seasons.

Generally, the shorter the duration of the bet, the lower the stakes. A bet on an entire season of NFL games might involve a larger amount of money (or a bigger or more humiliating penalty) than a bet made on a single down or a single game.

This isn’t always the case. Imagine the high pressure and high stakes involved in a $100 bet on the outcome of a single down. That kind of thrill may be right for some friend groups. I don’t think it would fly in mine. The most I’d bet on a single down is a $1 or a round of drinks or something. That’s my comfort level.

Here’s a quick guide to the most common forms of football bets between friends. We’re not talking about sportsbooks, bookies, or organized betting of any kind, most of which happens between strangers and involves a centralized organization or individual who profits from the games. These are casual bets, decided informally, not enforced, or anything like that.

Let’s say I like Washington Football Team and my college roommate is a Dallas Cowboys fan. It’s only natural that we’d make a friendly bet on which team would end the season with more wins. It’s a simple stat to track and it cuts to the chase. The team with more wins is the better team that season.

Here are some things to consider. Since this is a season-long bet, shouldn’t the stakes be pretty high? Maybe my buddy has to come with me to a Washington home game, pay for my flight and my ticket, and wear a Washington jersey and cheer for our Football Team along with me. Or maybe we set a flat $1,000 wager or something equally impactful.

Also, consider what to do in the event of a tie. Have all the bettors agree in advance on how to deal with this. Sometimes you’ll use a backup team stat as a tiebreaker.

Squares betting uses a specific betting layout and requires everybody playing to understand some basic rules. It’s most often used during the Super Bowl (it’s sometimes called Super Bowl Squares), but you can use squares-style betting on any NFL game.

Bettors pay a set amount per square. This earns them the right to prizes at the end of each of the game’s quarters. Each square represents two numbers, which must be the last digit in that team’s score at the end of each quarter to win.

Payouts are either broken up equally among the four quarters or handed out in increasing amounts as the game continues.

It sounds complicated. But once you check out the format and read up on the basic rules it’s simple. And there’s an element of randomness to the game that keeps things on a level playing field.

Betting on “The Golden Touchdown”

Here are some considerations for this type of bet:

Stakes should be small. Since this is an in-game bet, and there’s usually lots of football left to play, you can tie this bet to other in-game states or use the rest of the game to deploy a punishment. You’ll need to get creative to extend the fun of this bet. The Golden Touchdown tends to happen within the first few minutes of the first quarter.

This type of bet can go a lot of different ways. What stat are you considering? For QBs, are you looking at the overall rating throughout a season? Are you betting for or against a player to hit a certain statistical landmark? I’ve seen complex player stat bets between friends – things like “Tom Brady will throw an INT in this game before the opposing team scores a rushing TD.”

This type of bet tends to attract stat dorks and hardcore fans. And here’s what the example above tells you. This bet keeps things interesting over the grind of a 17-game NFL regular season. Stakes for these bets should be relative to their length. I don’t want to risk as much on a single game as I’m willing to wager over the course of a whole season.

This post is an exhaustive take on the concept of fun football bets among friends. These kinds of simple bets among groups of fans have been a part of sports since before the games were codified and professionalized, and regardless of their legal status (which is dubious at best in some US states), they’re going to continue.

Making friendly football bets is part of NFL fandom. Doing it intelligently can protect you from disagreements or conflicting expectations.