Raffles are a big deal in America.

Whether it’s a 50/50 at a little league baseball game, a graduation night giveaway, or a church fundraiser offering gift certificates and vacation getaways, the raffle is an important part of the American gambling scene.

This post is all about raffles – learning about them, playing them, and (hopefully) winning them.

A raffle is a game of chance typically used as a fundraiser.

Most raffles are draw games. Tickets are sold, then a winner (or winners) is drawn from the pool of sold tickets. A key aspect of a raffle is the randomness of the drawing, which encourages ticket-buying and gives the game an aura of fairness.

A raffle is less a formally defined game of chance than a family of games that share some features vaguely in common. We know that raffles have been around for a big chunk of recorded history – hieroglyphs reveal raffle-like games of chance and legal procedures, and Moses handed out parcels of land along the Jordan River using a raffle.

The history of the raffle is closely tied to the history of the lottery. A raffle is a kind of small-scale lottery. The similarities are so evident that many US state lottery systems have raffle or raffle-like games as part of their library, and more are appearing as those programs see some financial success.

The rest of this post covers the different types of raffles available, a note on the legality of these games of chance, and details on how to play along with thoughts on how to win more raffles. 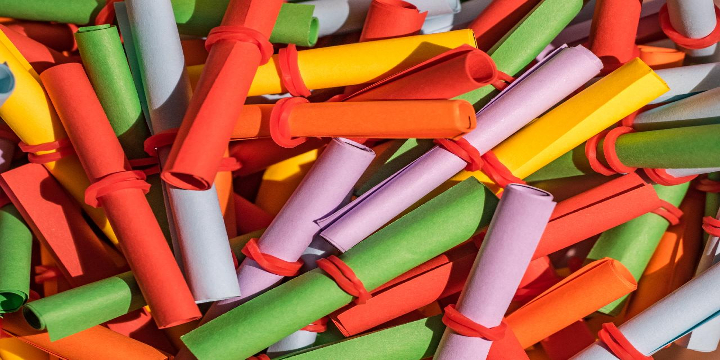 Creative fundraiser types have come up with dozens of different types of raffles.

I wanted to focus on the most common raffle types that people may come across.

Below is a short guide to the six most common types of raffles.

Straight up raffles – In a straight up raffle, you buy a roll of tickets, sell them for a specific price, then pick a winner or multiple winners and hand out the prizes. This is the closest thing to a standard raffle that exists – no funny business, just tickets and a winner.

50/50 raffles – Sometimes called a prize-less raffle, in a 50/50, the winner of the raffle gets 50% of the cash paid in, and the organization hosting the raffle gets the other 50%. The genius of this design is that participants may buy more tickets to push up the value of the 50% prize. Variations include a 25% raffle, where three people win 25% of the pot and the other 25% goes to the host.

Guess the Amount raffles – A classic carnival game – all you need is a jar full of pennies, or marbles, or whatever. Sell tickets for people to make guesses. The closest guess wins a specific prize. Ticket sales are driven up by people’s desire to make several guesses.

Reverse raffles – In a reverse raffle, the winner is the last ticket drawn. As tickets are called out, players are eliminated one by one. This adds a lot of drama, but takes a lot longer to complete, and may only be suitable in small groups.

Pin on the Map raffles – This was a new one to me – a buddy of mine saw I was writing about raffles and told me about one that’s really popular in certain church traditions. The host puts up a map of the city and participants pay $5 for a pin. Where they stick the pin determines their guess for the location of a hidden treasure. Usually this is a 50/50 format, where the church keeps half the money and pays out the other half.

How Much do Raffles Cost?

Most raffle tickets are inexpensive. The whole point of raffles is to gather small amounts of money from a large number of people. If all 200 people in your neighborhood pitched in $5, you’d have $1,000. How can we convince them to do that? Give away an item worth $200 and pocket the $800 difference for your charitable effort or whatever.

The typical price for a raffle ticket is something along the lines of “$2 each or 3 tickets for $5.” There’s usually a discounted price available for the purchase of multiple tickets.

It’s also typical for a limited number of tickets to be available, though raffles with unlimited sales are also a thing.

You’ll sometimes find tickets for raffles that cost quite a bit more than that – state lotteries that offer holiday raffles are charging $10 or $20 per ticket. The difference in the low-cost and high-end raffles is usually the value of the item or items being given away. Those state lotteries are handing out $50,000 and $100,000 prizes, so most people find the $10 or $20 they pay to be more of an investment.

Remember – I’m not a lawyer.

If you’re really concerned about the legality of a raffle you’re planning or participating in, you should consult a lawyer familiar with gaming law in your state.

Here’s how I interpret raffle law as a layman with lots of gambling experience:

In most cases, raffles are legal in America. Not just legal, but literally protected by the letter of the law.

For example, in Texas, raffles are protected and regulated. I hate that they do so across several pages of dreadful legalese that sucks all the fun out of the subject. Here’s that state’s definition of raffle: “raffle means the award of one or more prizes by chance at a single occasion among a single pool or group of persons who have paid or promised a thing of value for a ticket that represents a chance to win a prize.” Wow, who wouldn’t want to play a game like that?

Some states, like New York, regulate raffles a little less strictly. For example, New York law allows people to sell and operate raffle tickets outside of the confines of state law, which is a crazy loophole if you think about it. Basically, if a city decides to allow widespread raffle sales in public locations, the state won’t intervene.

Raffles are well-entrenched in the American gambling diet and our laws support that position for the most part. 47 US states have some form of legal exception allowing for the operation of raffles – that’s way more states than allow casino gambling or even lottery sales.

The only three states where raffles are altogether outlawed are Alabama, Hawaii, and Utah. Hawaii frowns on all forms of gambling, as a hedge against further invasion of the tourism market. Utah and Alabama both make exceptions based in some interpretation of religion – Mormonism in Utah, and evangelical Christianity in Alabama.

How to Find Raffles Where You Live

If I didn’t know about raffles in my city or my state, here’s what I’d do:

Talk to someone at church or another social group. Maybe there’s a raffle going on that you’re unaware of. Charitable organizations and churches are the main drivers of raffle activity in America, though amateur sports leagues and plenty of other types of groups hold raffles.

Check out Chance2Win.org. I’m not sponsored by them (though I’m open to it!) and I’m not trying to sell anything. I just don’t know of any other free-to-access source of raffle information nationwide like this. It doesn’t have everything, but it might help you find a raffle.

How to Play a Raffle

Traditional raffles are easy to play – you buy a ticket and wait for the results.

Depending on the format of the raffle, you may have to take an additional step, such as making a guess or prediction. Also, the payout may be a single large chunk of money, a single large prize like a car or other luxury item, or it might be a series of smaller prizes and giveaways. Again, check with the operator of the raffle to figure out exactly how the raffle you’re participating in is formatted.

In most cases, the only strategy to winning more at raffles is to buy more tickets.

Let’s consider a simple raffle as an example. Imagine a church group is selling 100 tickets at $10 apiece in a 50/50 format. The total prize pool, if all tickets are sold, is $1,000, meaning a top prize of $500 for one winner and a gift of $500 for the church’s efforts at whatever project they’re fundraising for.

If winning outright is your only concern, you just buy enough tickets to where a $500 prize would break even. In this case, you could buy 49 tickets for $490, giving you a 49% chance of winning $500 and breaking even by $10.

If your goal is to maximize profit, buying a single ticket gives you a 1 in 100 chance of winning $500 – of course, you’ve only spent $10 for that chance, making your very-likely loss much less painful. The guy who spends $490 to win $10 still has a better than 50% chance of losing it all.

If you’re playing a skill-based raffle, strategy is a little different. People with mathematical minds and good reasoning skills can easily gain an edge against a “how many marbles are in this jar” type raffle. If a raffle gives clues and asks you to “pin the spot on the map where you think the treasure is,” you can use deductive reasoning and good language skills to solve the riddle and make a more educated guess.

Remember that raffles often come down to random chance. They’re for entertainment and fundraising purposes. Strategize if it helps you enjoy the raffle but try not to overthink it.

For starters, the idea of getting a big return for a small investment is very appealing.

Also, raffles are designed to be addictive, in a sense. Operators use big prizes to ratchet up sales – not just cash prizes but valuable tech gadgets and vacation packages are the norm.

There’s an important social aspect to raffles, since ticket sales are generally hand-to-hand, and people pressure their friends and family to buy along with them.

Before you spend money on your next raffle, or look into operating a charitable fundraiser, consider the many types of raffles and the ways people play them.