The March Madness betting tips and strategy advice in this post come from decades of experience betting on the world’s most frustration tourney. Read on to discover a few simple things you can do to improve your NCAAB tournament betting right away.

Don’t be flummoxed by March Madness. Okay, so it’s 51 games spread across 22 days with wall-to-wall sports news coverage, what’s the big deal? Every year, during March Madness, the stage is set for the future stars of the NBA to prove their value and (hopefully) secure a high draft position. 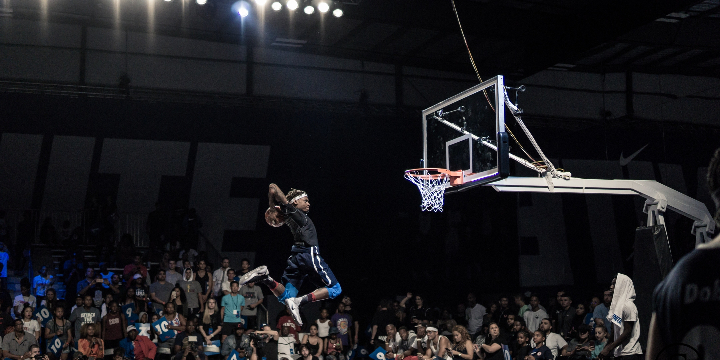 Honestly, betting on regular season college basketball is a hairy enterprise all on its own. Everything goes haywire when the conferences get together to duke it out for dominance. Between everyone and their uncle filling out brackets and advertising tie-ins splashed across bus stops and billboards, it seems like the eyes of the whole country are on the 1,000 or so college kids shooting hoops.

March Madness is a single-elimination seeded tournament featuring 68 of the country’s best and brightest. This isn’t any old basketball tournament. You can’t compare action in the regular season to what goes on in the NCAA Championship tournament. Not even conference championships compare to the pressure, spotlight, and grind of NCAAB’s infamous season-ending event.

Lucky for you, you live in the Internet age. Bettors and fans have compiled endless lists of NCAAB tournament trends. Some of them are powerful – such as the fact that #1 seeds are 135-1 all-time against #16 seeds, or the odd staying power of #10-seeded teams, who have won 42.9% of their second round games when they’ve managed to survive those pesky #7 teams.

You’d better have a solid angle if you’re betting against Gonzaga in the first round. the Zags are 11-0 in the Round of 64 going back to the 2009 tournament. By the same token, backing Boise State or Belmont to win a game in March is a kind of madness – those two teams are 0-15 in NCAAB tournament history.

We depend on these trends because the year-end basketball tournament tends to feature teams without much recent competitive history. This is mostly by design, since conferences get one automatic bid, and it’s unlikely for in-conference opponents to face one another in March. Handicapping a basketball game between two teams of teenagers from very different conferences is nigh on impossible. Trends make the chaos feel a little less chaotic.

You should be able to identify a handful of potential Cinderella bids right around conference championship time. Typically, the earliest conference tourneys are in late February, and they’re all wrapped up by mid-March. You can do yourself a favor during March Madness by learning to ID bracket busting squads before they win their bid.

Here are 3 things look for:

Most Cinderellas aren’t all that surprising if you pay attention to offensive efficiency ratings. Going back twenty years, more than half of March Madness Cinderella stories came from teams who’d been elite offensively all season. As for turnover differential – forcing a turnover is the same as stealing a possession from your opponent, a skill that becomes even more valuable during the year-ender. The value of an experienced roster should be obvious; teams made up of veterans perform better than teams built on youth.

I start each season by identifying teams from small- and mid-major conferences with lots of returning juniors and seniors. When those teams crawl their way up the offensive efficiency ratings, and do it with a positive turnover differential, I know I’ve got a potential bracket buster on my hands.

Here’s a real-world example. Early in the 2021-2022 season, I noticed Colorado State making a lot of noise in both offensive efficiency and turnover differential. They shouldn’t be flying under the radar for long – I expect national attention around the time of the Mountain West conference championship. Look for the Rams to win a couple of games and shake more than a few brackets to bits.

Here’s an interesting game totals trend in March Madness betting. In games held between noon and 6 PM, the under wins almost 59% of the time. This is a pretty significant trend, considering basketball bettors break-even at 52.4%. You can blindly back the under in March Madness day games and all but guarantee a profit.

There are usually a dozen or so of these games in the first round of the tournament. So, opportunities to profit from this strategy aren’t exactly rare. Day games happen all the way through the Sweet Sixteen, though by the Elite Eight, all games are considered primetime.

What’s the logic behind this trend?

I blame sunlight. If you’ve ever been to a matinee movie or play, you understand the impact of daylight on your experience. There’s just something wrong about coming out of a dark theater into the bright sun light. I enjoy movies or musicals or whatever more when it’s dark out. The daylight seems to sap something from the experience.

Day games are just not as hyped-up as night games. There’s less pressure on those daytime performers than the high-profile kids playing at night. The crowd comes in with daylight on their shoulders and brings the energy down.

Whatever the reason, you can improve your skills betting during March Madness by backing unders on those pesky matinee games.

Know When to Make Chalk Picks

College basketball dynasties are longer-lasting and better-known than dynasties in other college sports. You could make a case that Alabama football has a similar hold on that sport. But what is March Madness without Duke, Kentucky, UNC, Kansas, or UCLA? Those teams are so closely tied to the annual basketball tournament because they’ve had the most success.

I said all that to say this. Sometimes your best pick is a chalk pick. We know that teams who cover the spread a lot are more likely to win, and guess which teams tend to consistently cover the spread? Those squads that have been long-dominant in the tourney, elite programs supported by millions of fans (and booster dollars).

If you’re driven to bet on a game involving a 1-seed, you’d better come with a pocketful of chalk. Going back ten years, #1 seeds have covered spreads about 80% of the time in the first two rounds. We also know that #1 seeds win at least two games more than 85% of the time, going back to 1985. Obviously, you’re not going to get a great line backing a #1 against a #16, but the evidence is there. So long as the spread is inside of 20 points, you can set your watch to #1 seeds covering. Make the chalk pick here.

If you want to gain an edge betting on NCAAB tournament games, you’re going to want to specialize in a non-power conference. There’s a lot of advantage to be gained by specializing in teams and conferences that most people aren’t looking at.

Which conference to pick?

Ignore the five most powerful conferences. Leave the ACC, Big 12, Big Ten, Big East, and SEC to the handicappers. In fact, let’s leave most of the big conferences in the dust.

Specializing in a conference like CUSA, which has gone a respectable 54-53 during March Madness since the 1985 tourney, makes more sense for a person looking to gain a foothold in NCAAB tournament betting.

Most college basketball fans know CUSA as the conference of Memphis, a frequent visitor to the year-end tournament, with 20 appearances since 1955. But this little conference is stacked with teams that regularly make their way into the top rankings in efficiency and TO differential. Becoming an expert in CUSA teams like Old Dominion, Marshall, Louisiana Tech, or UTSA will put you ahead of the pack when it comes time to bet on those early-round games.

You’re not going to win your March Madness bets consistently by making chalk picks. At the same time, NCAAB is dominated by a handful of programs for a reason. Schools with big bank accounts have a distinct advantage at tournament time.

Yes, March is a time for Cinderella stories and nationwide groans over bracket-busting surprises. Successfully betting on college basketball’s postseason tournament requires a delicate balance, and a long view as it relates to team statistics and historic performance.

The tips and strategy ideas in this post will quickly improve your bets on college basketball’s big annual event.