Family game night has been a tradition since my grandparents gathered around the dining table with their grandparents. The games played were secondary to the bonding and life lessons being learned.

Family game night never meant family-friendly in our house. Things sometimes became heated, which isn’t surprising. We were all born with the same competitive streak.

One aspect that happens more as we get older is gambling. My cousins and I will sit around the table and play games for money until our wives shut it down.

Game nights are popular among groups of friends and family across the globe. These fun get-togethers are a great way to avoid crowds and save money.

The 7 best games to turn game night into a casino night will have the entire gang excited for more. 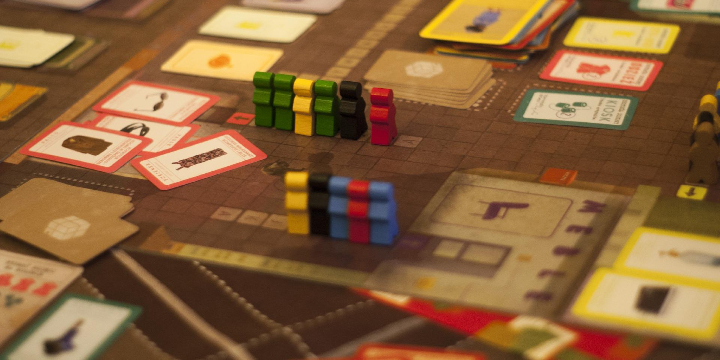 When gambling with friends and family, it’s always a good idea to keep the stakes friendly. It helps if you always strive to win but let the pride of winning be the biggest reward.

However, you can’t call it gambling if you don’t stand to lose something. Money is the most obvious choice for an impromptu casino night.

I suggest keeping the stakes low, but still enough to burn a bit. Depending on the game, that amount should vary.

Then there are the more unique bet payoffs. I once made a bet with my brother-in-law where the loser had to stay in the upstairs portion of our respective houses for one week. That meant whenever we were home; we had to be upstairs.

It was among the most painful losses of his life. He offered over $300 to get out of the bet on Monday; he bought his way out by Thursday.

I’ve had to mow yards in full snow skiing gear (it gets hot in Texas), wash cars in a tuxedo, and the list goes on. The only limitation to what you can wager with is your imagination.

What I’ve found is that even when I lose, I win in a way. The pictures and stories from these bet payoffs live in infamy.

Have fun with the bets, but cash is king.

We love Yahtzee around our house. It’s always on standby for holidays or when we have company in town.

The great aspect of Yahtzee is that it gives you several ways to gamble. Any game that adds a variety of wagers is a top candidate for casino night.

One of the most obvious ways to gamble on Yahtzee is by the game. You can make a bet on a single match or series of battles and get a good amount of action for your investment.

A more sinister approach is to bet on points. For example, each point is worth 1 unit.

You probably want to keep the units small because there can be a 100+ point differential. You don’t want to drum your neighbor by 400 points at $1 per unit.

Even if you do want to inflict that type of damage, you won’t enjoy the tables being turned.

Yahtzee is a fun game that’s easy to learn. That opens up the fun for a vast audience.

2 – Spades Is Already Popular for Gamblers

I grew up playing spades with my family. What’s incredible about spades is that all you need to start a game is a pack of cards.

Spades are ideally suited for four players, but I’ve seen it played with as few as two. So, you don’t need a crowd to facilitate the game.

I love spades because the competition can heat up any game night. One of the more entertaining things I’ll remember about my Nana is how irate a 75-year-old woman can get over a card game.

Whenever she had a poor partner, the kitchen became a powder keg. Even if I weren’t playing, I’d stop to watch the game and wait for the inevitable.

When things weren’t going her way, she’d fly off the handle on her partner. The ensuing madness was legendary.

Still, you won’t need a foul-mouthed septuagenarian to make spades a smashing success. You merely need a deck of playing cards and good company.

You can bet on points, books, or by the game. Having a variety of betting options is a vital component of a successful game night.

3 – Wits and Wagers Says it All

One of the games that have made its way into game night rotation at our house is Wits and Wagers.

What makes the game perfect for casino night is that wagering is already part of the game. The game starts with a question being asked, which has a numerical answer.

Each player then jots down their answer, and all responses are placed on the game board. Players then make wagers based on the answer they think is close to the correct number.

There are odds given based on how many players put money on a number. Wits and Wagers is like a Vegas trivia game.

That’s convenient because their latest version of the game is titled Wits and Wagers: Vegas Baby. The game incorporates a full-on casino feel and has gambling-related topics.

Wits and Wagers is a prime contender when you want to get the crew in the mood to lay some money on game night.

4 – Poker Opens Up a World of Possibilities

Poker needs no introduction. The game has been played around campfires and kitchen tables since long before casinos got into the game.

Poker opens a world of possibilities in both the games available and the stakes. In my teens, we played poker for everything from quarters and nickels with the boys to socks and such with the ladies.

You can make your own rules on the stakes, but I discourage you from playing strip poker with your grandma. The entire family should be excluded from the game.

You also have a wide variety of games to play with poker. Texas Hold’Em is by far the most popular in casino poker rooms and organized cash games, but 5-card draw holds the lead in game nights worldwide.

Then you get into the dozens of other less popular options from Omaha to Stud. You’re never going to run out of exciting games to play.

5 – Hit the Virtual Links for Skins

Playing golf-themed video games for cash may be outside the box, but it’s delightful.

I spent more nights than I’ll admit with a cold beer and Tiger Woods golf for PlayStation during my twenties. It wasn’t long before my buddies, and I started playing skins for cash.

The starting wager was $0.25 per hole, but $1 quickly became the norm. On the weekends, we would hold significant tournaments where the final round was $5 per hole.

It remains one of the most enjoyable gambling experiences I’ve ever had.

One of the beautiful things about playing video games for game night is that you can include friends from all over the world. Thanks to the proliferation of online gaming, nobody gets excluded.

However, it’s more fun when everyone is gathered around the TV, passing the controller around. Playing golf-themed video games for skins matches will take game night to a new level.

Scrabble is one of the best-selling board games in history. It seems like almost everyone has a version of the game tucked away in a closet.

It’s also a favorite in my house. When my wife and I were newlyweds, we were broke.

But we had a Scrabble board and most of the tiles. So, we’d play several nights a week in place of going out and spending money we didn’t have.

Scrabble is an excellent choice for any game night, but it’s great for casino night too.

Players can gamble on the games in different ways. Depending on your vocabulary, you could play by the game or gamble by points.

When you play by the point, prepare to be drummed if you’re at my kitchen table. Playing for even a quarter a point is rich gambling action.

I’ve covered some games that are tailor-made for game night gambling fun. We should add the horse racing-themed board games to the list.

Across the Board is an exciting horse racing game that uses dice and cards to move twelve horses (and their jockeys) across a wooden board. Players can make wagers on which horse will get to the finish line first or even make a bet for win/place/show.

The imagination only limits the possibilities.

Photo Finish is another excellent horse racing game that incorporates an oval track with several color-coded dice. This game gives players the thrill of making the final turn and coming down the home stretch.

You won’t be disappointed by either game. Having the excitement of horse racing in your own home will make for some memorable game nights.

The 7 best games to turn game night into a casino night are suitable for the whole family. The memories that come from gambling with friends are remarkable.

Things can turn to bordering on out of hand if you aren’t careful. So, be mindful of what kind of experience you want to have.