Possible the first post I should have made on this site was this one. After all, I should answer the question “what is gambling?” before going any further. 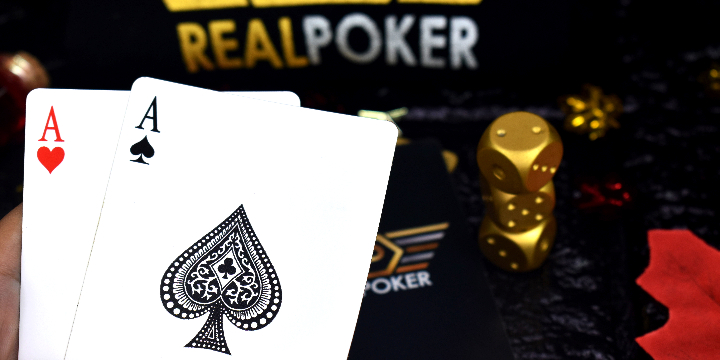 I’m rectifying that by publishing this post now. It’s as good a jumping on point for this blog as any.

What Is Gambling? How Do You Define It?

You can define “gambling” in multiple ways. The obvious definition is this one:

Gambling is betting on a game of chance or a sporting event.

That seems simple enough, but are there subtleties that this definition ignores? Are there other activities that might also be considered gambling?

Another definition of gambling is to take an action involving risk with the hope of some kind of reward. That is, of course, a broader definition than I need for this site.

Obviously, betting on a football game is gambling. Playing a hand of blackjack (if you have money wagered) is also obviously gambling.

Generally, though, normal financial activities like insurance and investments aren’t considered gambling. Although I know some people who day trade, and that sure seems like pure gambling to me.

What you risk and what you might win are called “the stakes.”

Is Gambling Bad? Can It Be Good?

I’d argue that gambling isn’t bad. Problem gambling obviously is bad for individuals and society, though. But just throwing the baby out with the bathwater like this is avoiding a nuanced discussion of what’s really good or bad.

I read an article by Steve Badger (the poker player) once, and he pointed out that gambling is intrinsic to our nature as humans. We are always risking something to gain something else. It’s part of the human condition.

Casinos, for example, get a bad rap. Haters accuse them of taking advantage of the unsophisticated. This is true, to an extent. But I’d also argue that gamblers have more access to reliable information about odds and casino games than they’ve ever had.

Lotteries also face a lot of unfair criticism. Most lottery players don’t spend more than $50 or $100 a year on the lottery. And those proceeds almost always go to improving life in the state in question. Lotteries fund education and park services. Sometimes those funds improve local infrastructure, too.

Examples of the Virtues Involved in Making Wagers

Intelligent gamblers often make bets where they have a mathematical edge. Of course, most casino games have a house edge that you can’t beat. But card counters regularly get an edge over the casino in blackjack.

Other wagering activities can also involve skill. Playing poker might be the best example. In the short run, of course, your outcomes at the poker table are entirely based on chance.

What skills are these?

They include the ability to calculate pot odds versus the odds of winning a hand, for example. Reading other players to make better decisions is another poker skill that’s useful in “real life” as opposed to just at the tables.

Sports betting is another wagering activity that can be done skillfully enough to get an edge. Being able to analyze the lines on sporting events as a marketplace is a skill that can be translated into other areas, too.

What Does Problem Gambling Involve? Is It Really an Addiction?

Gamblers get an endorphin release from the act of placing bets, regardless of whether they win or lose. This endorphin rush is a documented phenomenon. It’s been measured in labs.

These chemicals being released in the brain are just as real as the chemicals released during alcohol abuse or drug use.

Gamblers who are unable to control their gambling impulses are called problem gamblers.

Just as 12 step programs can help alcoholics win their lives back, they can also help problem gamblers rebuild their lives.

Which betting activities are most addictive?

Arguably, slot machines and video poker games seem to be the worst culprits. The number of wagers you’re able to make per hour combined with the intermittent reward system make gambling machines addictive as hell.

If you have a history of impulse control problems or other compulsive disorders, you should almost certainly avoid gambling machines and stick with games where you make fewer wagers per hour.

Even that might not be enough. Problem gambling can ruin your life if you let it.

What Different Types of Gambling Are There? (Casino Games)

You have an almost endless number of categories that you can lump into the category of “gambling.” When I categorize these, I like to look at some of the following:

Casino games are popular. These are games where you play against the house. And the house always has an edge. The major casino games in the United States are blackjack, craps, roulette, slot machines, and video poker.

You can lump blackjack into a broader category called card games. Mississippi Stud and Ultimate Hold’em are also examples of casino card games.

You can lump craps into a broader category of games called dice games. Craps is far and away the most popular of these. Sic bo is another example, but it’s not especially popular these days.

Roulette belongs to a category of games that involve spinning wheels. The big six games are also spinning wheel games, but you don’t see them at most newer casinos.

Real poker games aren’t banked by the house. In a “real” poker game, you’re putting your money up against the money of the other players at the table. This means that you have an opportunity to win based on being more skilled than the other poker players.

Ultimate Hold’em and Mississippi Stud use the trappings of poker (like hand rankings), but these games are casino games. You’re competing with the casino, which makes no real decisions about each hand. They might as well be blackjack games.

Omaha is another popular community card poker game, but you get four cards instead of two.

Stud poker, on the other hand, is a game where you get a specified number of cards, all of which are yours. There are no community cards in stud poker. Depending on the rules, some of your cards are dealt facedown. Others are dealt face up.

Draw poker used to be the most popular form of poker. Many of us learn to play five card draw as children. In draw poker, you have a round of betting followed by a drawing round where you can discard and replace the cards in your hand. This is followed by another betting round.

Sports Betting Is the Other Big Category of Gambling Activities

Sports betting used to be looked down upon. But it’s being legalized in state after state, and it was always common. If you go to a Gamblers Anonymous meeting, you’ll find a high percentage of gamblers there who have a problem betting on sports.

With the rise of the internet, you can bet on an almost endless variety of sports. NFL betting might be the most popular type of sports betting in the United States, but people also love to bet on baseball, basketball, and hockey.

In the early days of the pandemic, most sporting events were canceled throughout the world. But the endlessly imaginative online sportsbooks started taking bets on obscure sports like table tennis in Belarus. They also took prop bets on things like the weather.

And people who love betting participated.

Conclusion – What Is Gambling?

The skills involved in gambling have other real-world applications, too. Being good at gambling means that you’re probably also good at investing in the stock market, for example.

Gambling can be bad, though — especially if you have impulse control problems.