Jared Cannonier will face off against Kelvin Gastelum on August 22nd, 2021, during UFC on ESPN 29. The fight will take place at the UFC Apex facility in the Las Vegas metro area.

The original card scheduled the 3rd-ranked Cannonier against Paulo Costa, the current #2 in the UFD Middleweight rankings. When Costa pulled out in June of 2021, Gastelum was added to the card.

It’s a typical fight choice for Kelvin Gastelum, who has been scheduling nothing but top-10 bouts for a few years now. Gastelum is a former wunderkind of the sport who’s had both personal and professional difficulties begin to derail his career. For Cannonier, a win is vitally necessary after a remarkable 2019 led to a lackluster 2020. Both fighters are hungry for a win for reasons that go beyond pure pride. For Gastelum, it’s a chance to recapture the spotlight. For Cannonier, an aging fighter’s attempt to hold on to relevance in his new division. 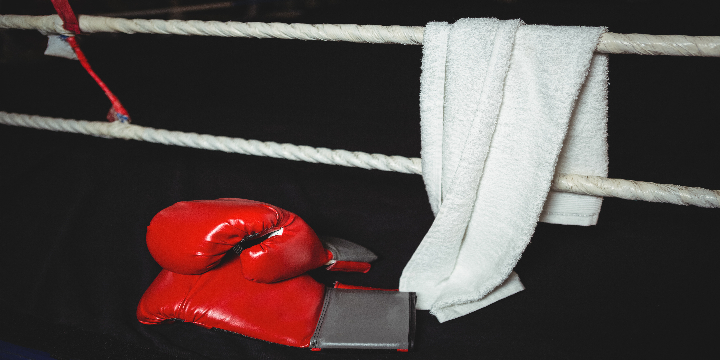 Below are the stats for each fighter along with a little bit of analysis of their strengths and weaknesses.

Jared Cannonier is a knockout artist that fights mainly with his fists. He’s scored just one takedown in 11 ranked UFC fights – he doesn’t like to go to the ground. Cannonier’s appropriately named, with reach advantage in almost all of his prior fights. Look for Cannonier to leverage his reach advantage and fist-fighting style against Gastelum’s frequent attempts to grapple or scramble.

Cannonier’s move to middleweight proved the right one – he’s 3-1 since that move, with his only loss coming to his opponent’s most recent bugaboo, Robert Whittaker. Interesting that both of these fighters have recent L’s due to Whittaker’s wins by decision. Cannonier hasn’t been active in UFC for 300+ days; his opponent had a fight much closer in the rearview. How this affects the fight remains to be seen.

Since his Ultimate Fighter win in 2013, Kelvin Gastelum has had a bumpy road. He’s had issues cutting weight and has never seemed to find a division where he’s comfortable. Coming off his total domination by Robert Whittaker, I have big questions about Gastelum. His go-to move, the overhand right, makes him an easy-read for veteran fighters.

Blaming his most recent loss on having “underestimated” Whittaker gives me lots of confidence issues with this fighter. For Kelvin Gastelum, this fight is all about taking a big risk for a big potential gain. His zigzagging pattern of W’s and L’s against top-10 opponents could easily be seen as a sad attempt to quickly gain back the luster of his early career.

On paper, we have two talented Middleweight fighters. They’re both top-10 ranked, and they both have accolades to hang next to their names. Both fighters have something going for them, and they’ve both got some black marks on their career. My pick in this fight came down to the style mismatch and a little bit of fighter psychology.

How might Gastelum pull off the upset? I notice Cannonier’s been inactive for 300 days, while Gastelum’s last fight was just 126 days ago. It’s possible that Cannonier’s a bit rusty and can’t defend against Gastelum’s takedowns. Look for Gastelum to get Cannonier to the ground early and often. If that happens, Cannonier’s lost his fist-to-fist advantage.

At the time of this post, Cannonier is favored to win, listed at -150. Bettors who back Cannonier will bring home $100 for every $150 they wager if he wins outright. This is an acknowledgement of the general opinion that Gastelum is overmatched.

Gastelum is listed as the underdog currently at +125. Bettors who back Gastelum will bring home $125 for every $100 they bet should he pull off the upset. In previous weeks, Gastelum’s number was more like +150. Movement towards the mean is normal, though a big change in a book’s line is worth investigating.

For my money, Gastelum is too overmatched and too desperate to find any value in taking him as a dog. Cannonier’s skills are an almost total mismatch for Gastelum’s preferred scramble method. It’s easy to see Cannonier’s longer reach landing nasty uppercuts when Gastelum attempts to grapple and bring the fight to the ground. It’s harder for me to wrap my head around Gastelum pulling off the upset here, recent history considered. I may have found some value in Gastelum at +150, but as the number tightens, I just don’t see it.

Other Fights on the Card

The rest of the fight schedule looks like this:

Cannonier vs. Gastelum – Value Down the Card

Of all of the above bouts, I’ve identified two that offer good value.

The Light Heavyweight face-off between William Knight and Fabio Cherant is currently listed like this:

I find a lot of value in a guy like Cherant listed at +190. The Water Buffalo is 3-1 in his last four fights, 7-2-0 overall, and he usually wins by submission, which is a weak spot for his opponent. The Knightmare is the trendier pick, the higher-ranked fighter with a more crowd-friendly fighting style and a burlier appearance. Is Knight the better fighter? All other things being even, yes, he is. But I don’t see any value in taking him at -240, especially when Cherant’s actual odds of winning seem much higher than the +190 number he’s wearing.

The Sherman vs. Porter Heavyweight bout is listed this way as of the time of this post:

Physically, these guys represent a larger mismatch than you usually see in this division at the professional level. Sherman is tall and lean, 6’4” and 251 pounds with an incredible 78” reach. Porter’s beefier, just 6 feet tall and currently weighing 265 pounds, he’s got a long reach for his height at 75”, but there’s still a three-inch differential at play. It’s only Porter’s third-ever pro fight, while Sherman is a seasoned veteran fighting in the UFC for his second attempt at a pro career. I think the actual odds are closer than the listed ones – Sherman has value at -185, but I think the smart money is on Porter, who can withstand quite a beating and despite his older age tends to outlast his opponents if it comes to that. I’d back Porter at +150.

I’m taking a confident and well-rested Jared Cannonier over the heartfelt but desperate flailing of Kelvin Gastelum. Remember that Gastelum was a late add to the card – Cannonier isn’t a great opponent for him because it’s a kind of desperation fight for Kelvin.

I liked Cannonier a lot more at the earlier lines, back when he was getting -180 or even -160. I’m still taking him at -150. If I can find a book willing to let me make the prop, I’d bet for a win by TKO, and I have a strong feeling that this fight ends by the end of the fourth round.